I then moved to the Club Aldiana, Senegal. It wasn’t actually a city but more like a villa with a hotel, pool, sports clubs, school, etc… My dad worked there before it permanently closed down, therefore I was put in nursery school there too.

We then moved to Accra, Ghana. I went to a small British school called Three Bears School. This is where I had began official school and stayed until year two, or the end of grade 1. Its was really small meaning it was a school only for Nursery, grade prep, year 1, and year 2. And with about 15 students per level, making the over all around 60-90 students. There was a wide variability of cultures going from Wales to Mali to Thailand in just my class. When I came to the end of year 2, I was about to be put in a local Ghanaian public school, however my dad got a job opportunity leading us to Ivory Coast.

I now went to the International Community School of Abidjan. In the first few years, the school took place in a building that could be taken as a really big house. We were only around 100 students from almost all nationalities, even more diverse than in Ghana. 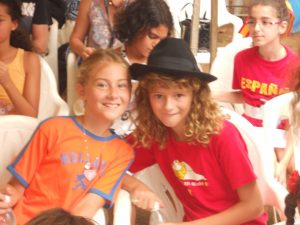 However many things had changed for me. There were almost only american accents, people were more physically and mentally active, and the work got more visual and fun. As the years passed by, the school changed campus to an actual school campus one or two years after the presidential crisis in 2010-2011. The school’s population grew until we were around 500 students. The culture diversity grew and along with the growth came new teaching techniques and we started having after school activities. 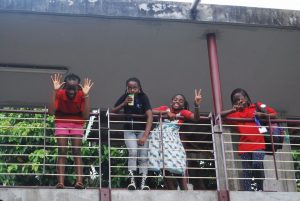 After a harsh leave from Abidjan, moved to Dakar, Senegal. I now go to the school ISD (International School of Dakar). This was a really big change for me because the schedules are different, the room placements and organizations are different, and this school is obsessed about sport. This love for sport is to the point where if your new and you really want to fit in you have to join a main sports team (volleyball, basketball, or soccer). People at ISD are culturally diverse but still have conflicts about open-mindedness… Also there is a lot of drama. Over all my opinion is that the school here is not very efficient (for example the teachers are not aware of cyber-bullying) however when you find the right people and the right schedule (for example, playing basketball after school), ISD can be a very fun and positive atmosphere! Honestly, If I don’t go back to ICSA (which I most-likely wont), I would love to spend the rest of my school years at ISD!